With only a few parents and fans left in the stands, Little Elm High School football players, cheerleaders, the band, and other students who choose to stand arm-to-arm, stay to sing Amazing Grace.

By this time, the only team left standing on the sideline is the Lobos – unified in their message. That’s one of hope, inspiration, and a reminder that life is good, no matter if they win or lose.

And after every game for the last six years, it has become a tradition, one that Head Football Coach Kendrick Brown said the students just make happen.

“In 2016 after Theo Nash passed away, that’s when our team wanted to sing this song while the band played it for us at the end of the game. Every year since then, each senior class that comes along knows this is what we do and they just do it. It’s like brushing your teeth in the morning, it happens so naturally for them,” said Brown.

Nash, a football player, was just about to start his senior year at LEHS when he drowned in Lake Lewisville. Although Nash was the inspiration for the tradition, Brown said the song has been inspiring to see. “It has a lot of meaning to a whole lot of people in different ways.”

Last month on the road, the Lobos visited Pennington Field to play L.D. Bell. And just like they do, they locked arms and sang Amazing Grace after the fight song. Watching from a distance was Greg Perry and his wife, who have worked the games for 13 years at Pennington Field. They were blown away at what they had just witnessed and sent a thank you note to the District. “My wife had a huge smile when the band played Amazing Grace at the end. It is a pleasure to see such well-mannered students and the politeness of the faculty. Thank you for the message and witness you brought to Pennington Field,” he wrote.

If you haven’t seen it, plan to stay a little longer after the referee blow... Click here to read full article 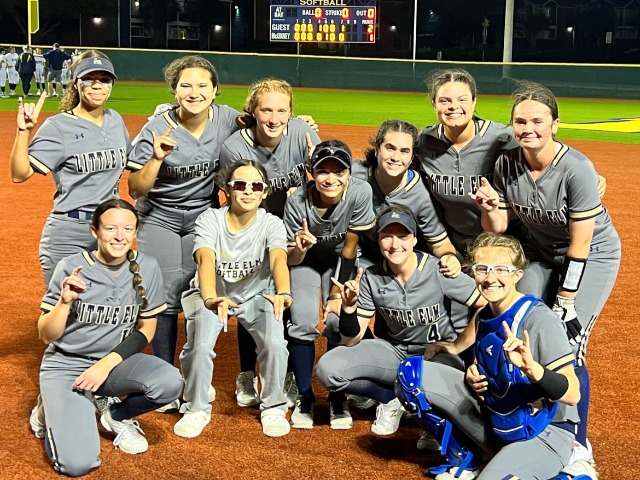 DISTRICT CLOSED DUE TO INCLEMENT WEATHER